Car-pooling Without a Life Jacket

“Start children off on the way they should go,
and even when they are old
they will not turn from it.”
Proverbs 22: 6
A.Proverbs 22:6 : S Ge14:14B.Proverbs 22:6 : Eph6:4C.Proverbs 22:6S Dt
Please note these simple safety rules of life:  don't put marbles up your nose, don't gesture with a fork while you're talking, and wear a life jacket when you jump or are pushed into the carpool. 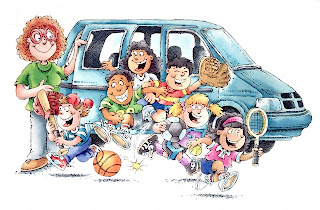 Our family is fortunate.  We live close enough to school so the kids walk or ride their bikes.  Unless water is involved.  Rain, sleet, snow—or the imminent threat thereof.  Precipitation heralds the beginning of telephone negotiations worthy of any diplomat.  My youngest, Laurel, calls her best friend, Rae Chelle, and they try to remember whose turn it is to drive. Since mothers are only consulted as a last resort, the conversation usually goes something like this:
"Mom?  Can you drive us to school?"
"Didn't I drive last Tuesday when it rained?"
"You drove to but Rae Chelle's mom picked up after. Can you do it again 'cause Rae Chelle's mom has a doctor's appointment and her little brother's sick and they ran out of Rice Krispies so they're running late and she can't after."
"So am I taking or picking up?"
A pause.  "Let me check."
I realize it would be easier to speak directly to Rae Chelle's mom but I don't because there's a rule that says weekday mornings aren't supposed to be easy.  So I do my part.
Because I work at home, I don't bother dressing up to do my car-pool duty.  In fact, I feel downright chic if I put on shoes.  To shoe, or not to shoe is determined in the final moments as I grab my keys.  If I feel brave, I scurry to the car shoeless and pray that I don't run out of gas, get rear-ended, or meet up with my own mother—who supposedly taught me common sense.
Remember that scene from Mr. Mom where Michael Keaton gets scolded for going the wrong way through the car-pool lane at school? It's true, all true. The way the elementary school has it's car-pool routine laid out is as complicated as a gold-medal figure skating program—the long program. By the time I escape back into street traffic I figure I've done a double axel, a flying camel and a sit spin. If it's a good day, the judges give me a 5.9 for my technical ability and a perfect 6.0 for my dazzling car-pool artistry.

Our carpool usually includes food and drink.  Part of it's my fault.  I'm rarely seen without my trusty Diet Coke—inevitably bringing chants of "Don't drink   and drive, Mrs. Moser" from the car-poolees. Smart alecky kids.  The rest of the problem I blame on those handy cup holders cars have.  Talk about an invitation. After a trip through carpool-land those cup holders are full of jelly beans, used gum, crumpled Dorito bags and assorted ponytail bands—all of which are permanently adhered to the holder with the greatest glue ever invented:  dried apple juice. 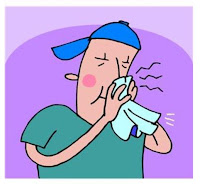 If you have a keen interest in colds and allergies, you'll feel right at home in a carpool. It seems the only tissues ever found in a child's possession are those shredded and fossilized in their pockets after making the washer-dryer rounds. If a child does have a fresh tissue, it is of no use as it is buried beneath layers of jackets, backpacks and science projects.

A nose is running. A sneeze is bursting. A cough is hacking. What's a poor child to do? I have a box of tissues in the car, just for the occasion. But what happens to the tissue when it's served its purpose? Since their pockets are already full of the day's earlier treasures (just waiting to be fossilized) the kids stuff the used tissues in between the seats or in a cup holder—if they can find one miraculously empty. Or they give it to the baby to chew on.
Carpooling demands iron nerves, deaf ears, and eyes in the back of your head. If you somehow avoid drowning in the deep end of the carpool you'll deliver all the kids to the correct locations and make it back home yourself (if, after all this, you still remember where you live).  When you get there, shut the garage door on the world, toss your keys on the counter, and try a different pool—one that steams and makes your skin prune. Calgon, take me away.

Want more inspirational humor? Check out
Save Me, God! I Fell in the Carpool: Help, Hope, and Humor for Drowning Moms
Posted by Nancy Moser at 5:00 AM No comments: 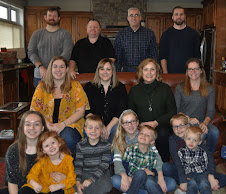