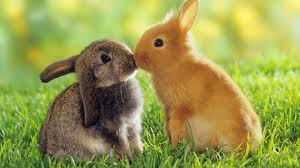 But God demonstrates his own love for us in this:
While we were still sinners, Christ died for us.
ROMANS 5: 8


Forget the dyed eggs, the bunnies, and the jelly beans of Easter. It's mere frosting on the carrot cake. Easter isn't sweets. Easter is bittersweet. Easter is emotion.


No other time of year elicits such a smorgasbord of feelings. While Christmas calls up happiness, Thanksgiving, gratitude, and the Fourth of July, patriotism, Easter assails us with a barrage of sorrow, compassion, anger, and joy. These emotions roil and collide as we remember Christ's torment and revel in His victory over death.


But more than the emotions we feel is the fact that He feels. Christ didn't cruise through the last few weeks of His life as befitted the Son of God, almighty and all-powerful. He experienced each moment of each day as a man. He felt what we would feel. And during Easter we feel what He felt; each and every emotion . . . 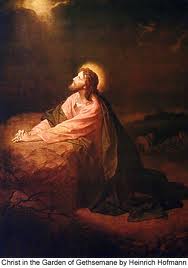 We feel compassion: There is one line in the Bible that touches me every time I read it. It comes from John 11: 35 and its simplicity is perfection. "Jesus wept."


Jesus said these words when he witnessed the distress of Mary and Martha upon the death of their brother, Lazarus. The women were angry, frustrated, and sad. "You could have saved him, Lord." But Jesus didn't get defensive and return their anger. He felt with them. Jesus wept with them as a man.


And then raised Lazarus from the dead as the Son of God.


We feel respect: Think of the anguish Jesus endured when the same crowds who shouted, "Heal me!" turned on Him and yelled, "Crucify him!" (Matthew 27: 23) 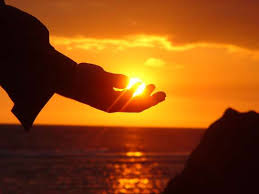 Add to that the burden of knowing that God's plan would involve great physical and mental suffering. Christ, in his human nature, was as reluctant as any man with this knowledge, "My Father, if it is possible, may this cup be taken from me." The “cup” is beyond our comprehension. He, who was without sin, was about to be separated from the Father and bear the burden of the sins of all mankind—past, present, and future.  It’s horrible to imagine and nearly impossible to grasp.


Yet within moments of acknowledging his fear, Christ said, "Not as I will, but as you will." (Matthew 26: 39) Since He submitted to the Father at such a time, Jesus deserves our respect. He earned it.


We feel anger: When I read about Jesus standing before the Jewish elders while they conjured up false charges, I yearn for Him to yell, "You want me to prove I'm King of the Jews? Do you really want to see? Get a load of this!" I want Him to zap Caiaphas and all the other hypocrites to a place befitting their arrogant doubt. 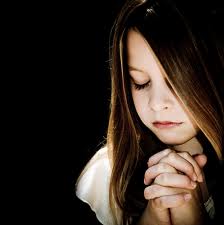 We feel humiliation: What humiliation do we bear in our daily lives? Having our teen paint their fingernails green and spray a pink streak in their hair? Coming out of a restroom with toilet paper stuck on our shoe? Or talking to the boss and only later realizing we had food in our teeth?


How about having Roman soldiers publicly whip you and taunt you with a crown of thorns? I can barely imagine the humiliation Jesus bore as he was paraded through Jerusalem carrying the cross upon which He would be nailed like a common criminal. And then the sign ordered by Pilate which was placed above His head there, mockingly proclaiming Him—in Hebrew, Greek and Latin so no one would miss the joke—"Jesus of Nazareth, King of the Jews" (John 19: 19) Worst of all must have been the abandonment of His beloved disciples as they denied Him and scattered when He needed them most, leaving Him to suffer alone.


Which of us would not strike back or be broken by half as much?


But then, just when things were as bad as they could be; just as sorrow envelops us with the injustice, the pain, and the suffering, Christ took it all away. He wiped the slate clean by taking upon Himself all our sins and bearing the punishment we deserve, in our place. “When he had received the drink, Jesus said, ‘It is finished.’ With that, he bowed his head and gave up his spirit.” (John 19: 30)


Our sins were finished! But our eternal lives with Him were just beginning! 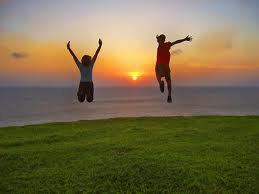 We feel joy! Oh, to be one of the women who found His tomb empty. Talk about emotions! Fear, uncertainty, wonder, hope . . . Then Jesus appeared to them and spoke with them, and eventually rose to heaven for them. For us. "He was taken up before their very eyes, and a cloud hid him from their sight." (Acts 1: 9)


We feel awe. God knew what He was doing. There was no other way for us to receive forgiveness and eternal life than for His Son to die, just as He did. And so we bow our head and humbly accept His gift, knowing we are unworthy but for Jesus’ sacrifice and God’s love.


Anger, humiliation, joy . . . sometimes society makes us ashamed to feel emotions. They are seen as a lack of self-control. But experiencing these emotions is not a sin. Christ felt them and He was without sin. The test is what we do with these feelings. Jesus showed us how emotions could be handled in their truest form: 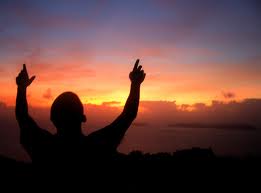 We would have turned the needy people away. He made time for them and loved them.


We would have lashed out in anger at the false accusations. He held his tongue.


We would have panicked with sorrow and fear. He bore His cross and turned to His Father for comfort.


The Easter season makes us try harder to be worthy of all Jesus did for us. Of all He was for us.


Jesus wept. He rose. He lives on, in us. And that makes me glad. 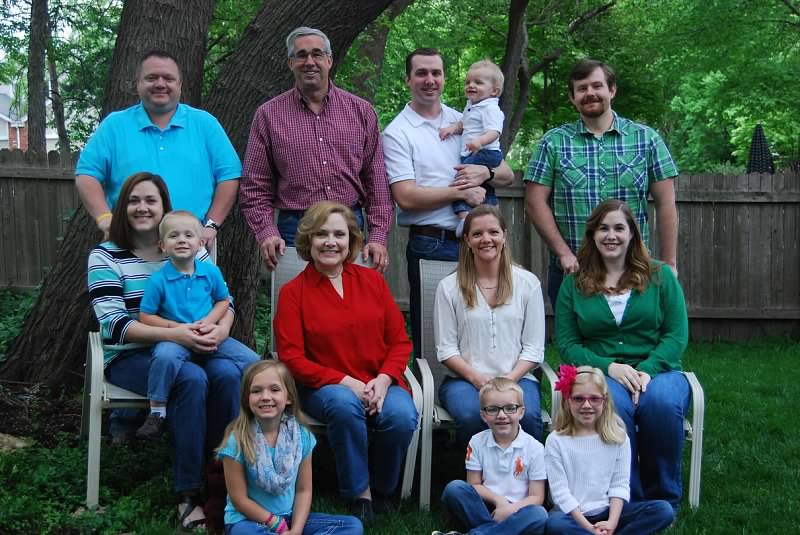 Nancy Moser
I've been married to my wonderful husband for 42 years. We have three grown children with three great spouses, and seven grandchildren--and we're waiting for more! We both earned a degree in architecture, have traveled extensively in Europe, and I've performed in various theaters and choirs. I love to knit, kill all my houseplants, and can wire an electrical fixture without getting shocked. I am a big fan of anything antique—humans included. Professionally, I am the author of twenty-nine novels that share a common message: we each have a unique purpose—the trick is to find out what it is. My genres include contemporary and historical novels including "The Pattern Artist, "Love of the Summerfields", "An Unlikely Suitor", "Mozart's Sister". Some of my contemporary novels are the Christy Award-winning "Time Lottery", "The Invitation", "The Seat Beside Me", "The Sister Circle", and "The Good Nearby."